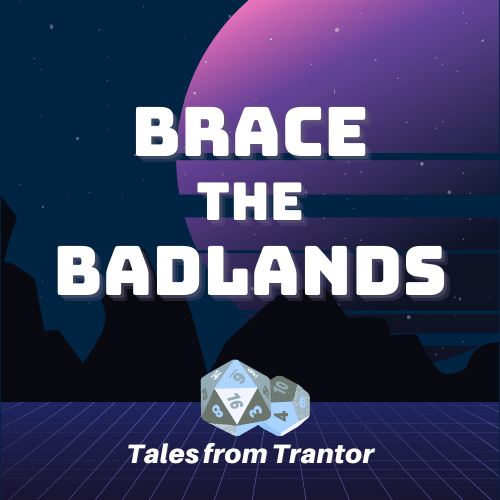 The year is 2045. Night City is a sprawling region on the western coast of the United States, nestled between L.A. and San Francisco. The city itself is still recovering from a nuclear explosion that hit a mega-tower right in its heart 20 years earlier. Cleanup has been ongoing, but the former city center is now known as the “Hot Zone”, and considered by many as a lawless and ruthless wasteland. Some crews, called “Reclaimers” have attempted to scavenge or rebuild in parts of the area with mixed results.

Fennec, Gunhead, Rama, Rez and VC, five citizens of Night City, accept a meeting with a new Reclaimer-focused corporation that has sprung up overnight in Night City. They enter into the Recyclands office in Heywood and wait while a receptionist notifies the managing director, Victor Anyov, of their arrival. The team briefly introduce themselves and a short time later are ushered into a long boardroom.

A bald, man of eastern European appearance introduces himself as Victor Anyov and the crew settle in. Anyov explains that they are being hired as a contractor team to perform reclamation works in Night City and its greater surrounds. Their first job is for a small pharmaceutical corporation, Khuma Astra Corporation, that wants to re-occupy a building they previously owned in the early 2020s. He believes that gangers have occupied the building and wants it cleared so that the client can move back in. On a map, he indicates an old building with an attached warehouse located in the Old Med Center, a district of the City Center now located in the radioactive hot zone.

They leave and debate how to get from Heywood to the Old Med Center in the middle of the city. Fennec, a nomad, offers to take everyone in his clan’s custom six-seater ground car. They travel north, and a short time later make their way into the hot zone. They park a short distance away from the building and Gunhead notices a single ganger lingering near a doorway, with a large warehouse door in a neighbouring building. VC tries to use his zoom optics, but many of the windows and doors are barred up. Rama navigates around an alleyway to sneak up on the ganger outside. Rama fails a sneak attempt and alerts the ganger, who bangs the door and notifies their friends inside.

Fennec jumps back into this car and prepares to move into his gun turret. Gunhead and Rez move closer to the warehouse building, while Gunhead tries and fails to jump into a local NET. Rama shoots with his pistol at the ganger. The ganger returns fire at Rama, who is hiding behind cover and avoids their spray. VC moves towards the ganger and takes a shot with his shotgun, which misses due to the distance. Fennec takes a shot with his car’s machine gun, but shoots too wide and misses. The crew continue their assault on the ganger outside the building, with Rama landing the finishing shot. In a rush, Gunhead fails their first few NET running actions while trying to find an access point.

Gunhead eventually locates an access point to the local NET within the building’s warehouse and works with the rest of the team to assemble a plan to get inside. Rez and Rama scavenge what they can find from the dead body, with Rez extracting a few components she intends to give to her ripper-doc brother. VC uses his electronic skills to hot wire a large roller door’s control panel, and Fennec prepares his car along a ramp leading into the warehouse door.

As the door opens, a ganger shouts in alarm. The crew prepare to move in and VC throws a flash bang grenade. He misses his target, and Fennec drives his car up the warehouse ramp, moving to shoot from his car’s mounted turret. The gangers in the warehouse move forward to attack and land a shot against Fennec’s car. Gunhead notices a small electronic device and jumps into Fennec’s car, then jacks in using his cyberdeck. Rez rushes in and takes a shot at a ganger located inside, then seeks cover. A second ganger moves in and shoots at Fennec’s car, dealing damage to the front driver door. Rama lands a few shots with his pistol, then seeks cover again. VC lands a fatal shot with his shotgun, taking a ganger down.

Gunhead unlocks and navigates passed a Password in the localNET, but struggles on running an Eye-Dee on a file he has located. Rez shoots another ganger with her shotgun, and manages to take them down. Rama launches forward, making two shots with his pistol. He lands a critical hit in the last remaining ganger’s ribs. Rez identifies and extracts a few pieces of cyberware from the dead gangers. Gunhead uses Pathfinder, locating a Hellhound on a lower level. Gunhead manages to Eye-Dee the file he located, which details the current bases or holdouts of the gangers, called the Endolphins, who have set themselves up in this warehouse.

As they search the remains of the warehouse, they find a number of boxes and barrels that the Endolphins appear to be using to ship and manufacture narcotics and illegal medical supplies.